We started our last day in Croatia with a swim in the Adriatic. The water was cool enough to be wonderfully refreshing, yet warm enough not to make little girls out of grown men.

After we packed up our gear and farewelled our lovely hosts, we set off for Bosnia & Herzegovina. At the border crossing, we experienced our first hiccup when the guard asked for our 'green card' along with our passports. The green card is a European third party insurance- which we don't have. The guard was not pleased. It was a 'big problem'. We asked if we could buy it, he replied 'no! Sunday!'. I said to Peter we would have to turn around and go back. The guard said 'you, go! Bikes, no!'. He then asked where we were going, and Peter told him we were going to Serbia then on to Mongolia. He rolled his eyes, threw up his hands and said 'wait there!'. By this stage there was a line of about 40 cars irately waiting in the queue behind us. 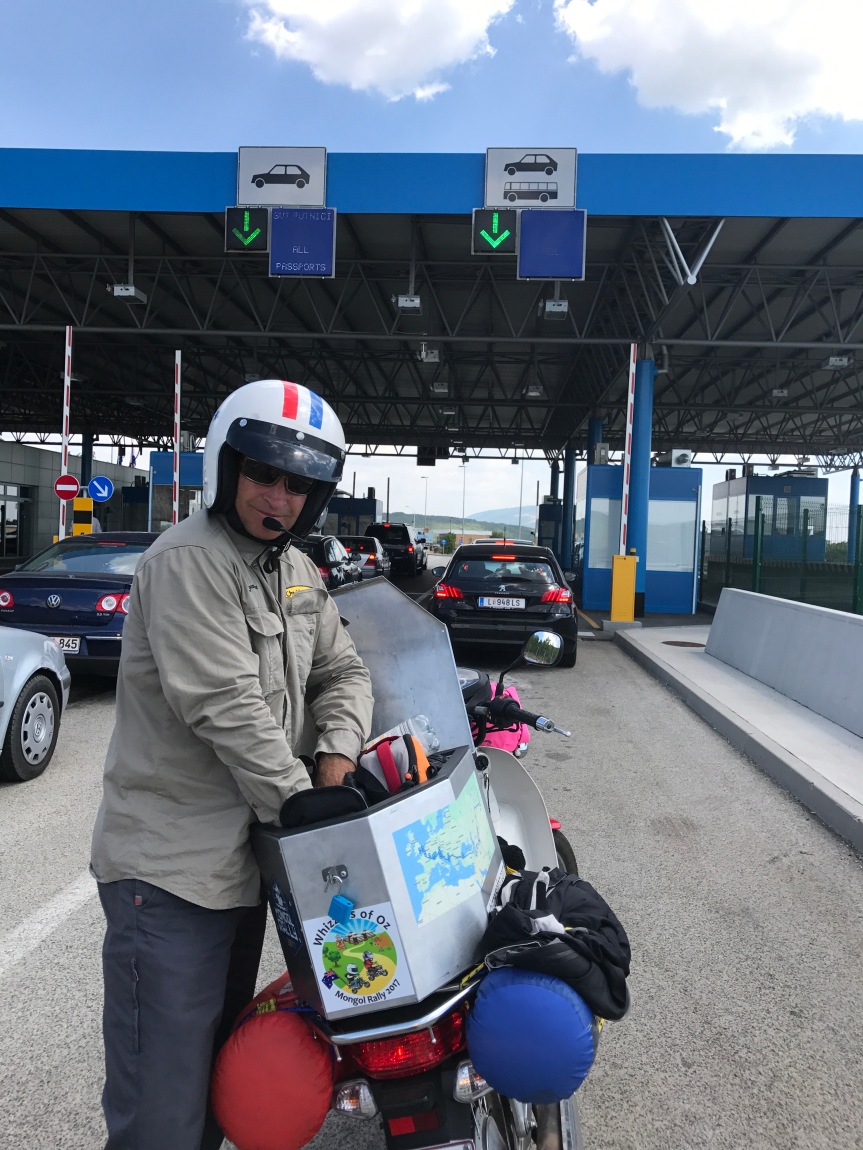 The guard marched off to a side office while someone took his place, and returned a few minutes later with our passports and said 'just go, and good luck!'. Our little bikes had never found first gear so fast and we whizzed out of there quicker than you can say 'Bosnia & Herzegovina' (yes, they're only 110cc so we whizz, we don't fly).

One border down, but how would we go getting out on the other side?

Our plan was to reach Sarajevo. The drive was hot, but stunning through the B&H mountainside. It was desperately hot, but we spent about half the ride in cool tunnels which had been carved out of the mountainside to smooth our path. The rivers were crystal clear and we stopped in at Vrelo Bosne, the natural springs where a beautiful bride was having pictures taken. 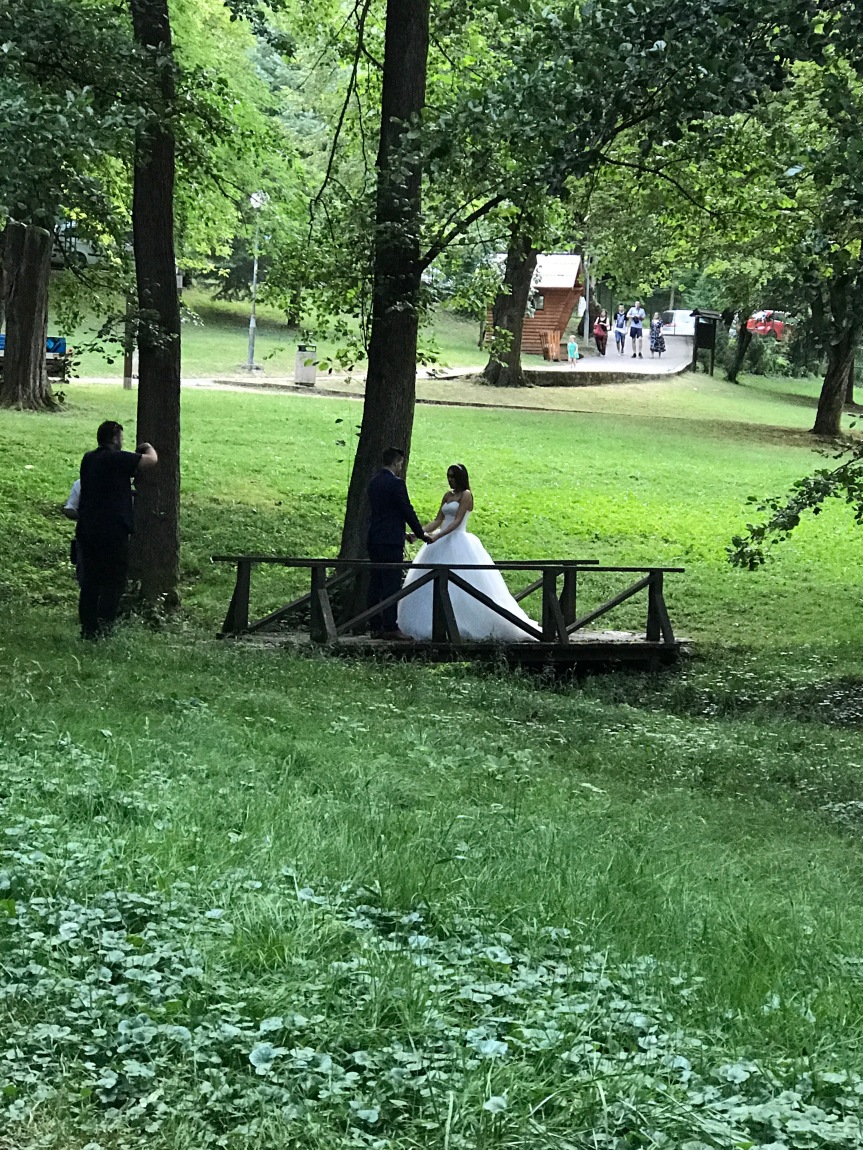 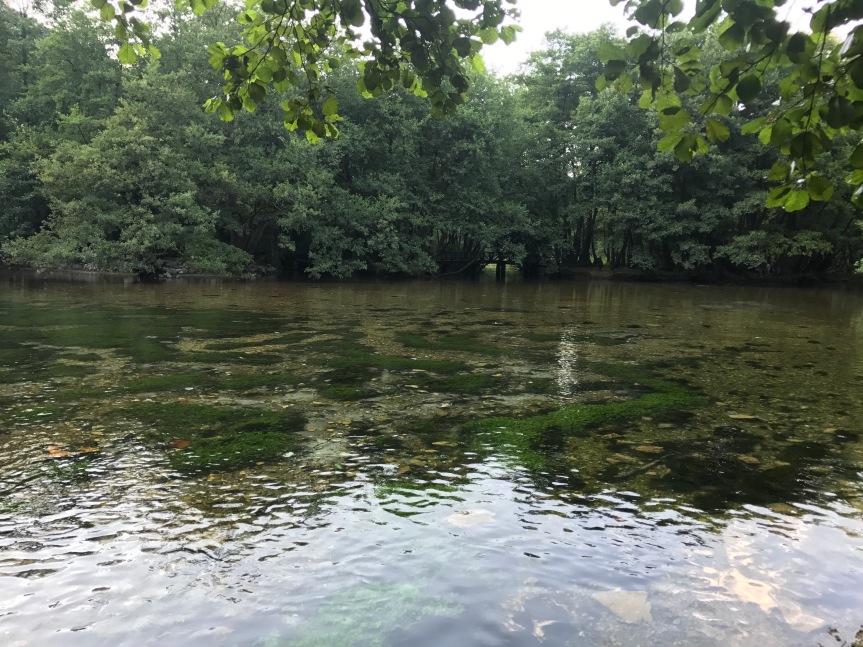 Off to Sarajevo we found a gorgeous hotel which was dirt cheap. By this stage, I had decry a severe reaction to my insect bites from the day before. I had in fact grown a third breast, which may come in handy if we get into trouble and have to start a freak show and beg for money. The lump on my chest was huge and glowing like a red hot poker. It was also as itchy as hell. With 'buy antihistamines' on our list for the next day, we collapsed into bed.

B&H was interesting. Sarajevo is a city where the ravages of war are still evident, with abandoned buildings and some in a state of semi-repair. We weren't able to spot any 'Sarajevo roses' (red resin filled bomb impressions in roads) and we were told they disappearing over time as the city rebuilds, like scars healing it will take time and while I'm sure the blemish may disappear, the scars no doubt run deep and will take more than time.

The next day my Afrikaans came into good use when I spotted and 'Apoteka' which I assumed to be a pharmacy (apoteek in Afrikaans). I stocked up on antihistamines. Then it was off to try and exit B&H without too much fanfare, or demands for green cards!

On our way out we stopped at the Mesmed Pasha Sokolovic bridge, which is a B&H UNESCO world heritage site. 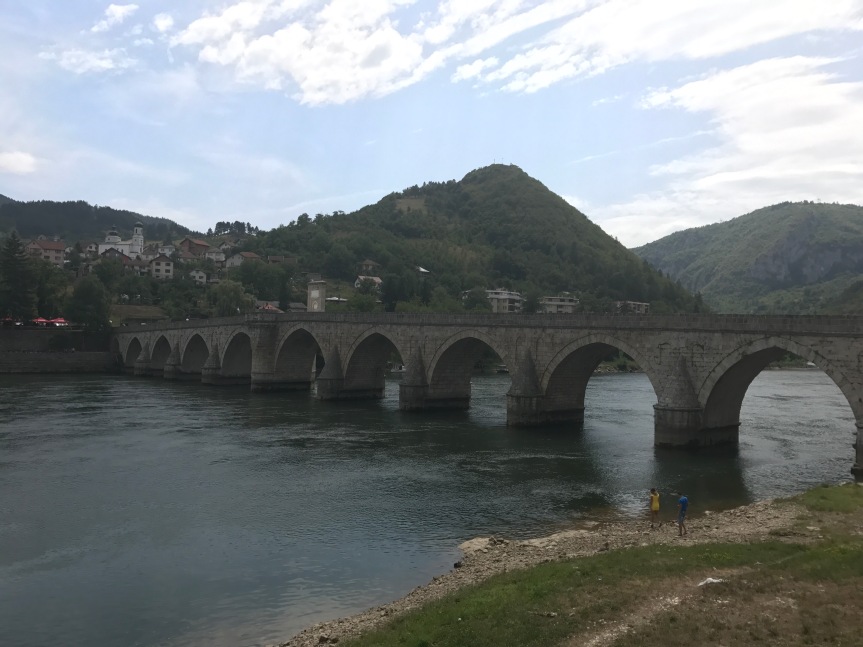 Then onto our border crossing.

We exited B&H with no hassle, and entered Serbia with almost no hassle. As the guard was about to stamp our passports, I squealed and clapped my hands – another stamp! He stopped midair and scowled at us. Peter had to explain that I was excited about the stamp, not because we were about to get away with smuggling contraband over the border. He nodded his understanding, stamped the passports and let us go. Next stop, Nis! But not before a quick oil change on the side of the road.

Our little bikes are going so well, despite he heat and battering they are getting running at close to or full throttle constantly.

The drive was hot and long, and we were wondering whether we were still supposed to be driving on the right as most drivers were in our lane! We soon realized that no, the 'official' side is still the right side, but the drivers here seem to adopt both lanes as they are.

We got lost several times and ended up driving through a corn field that google maps assured us was a road, and in one small town ended up with a friendly police escort back to the highway.

But, after a hot dusty day we made it to Nis! Nis is an interesting place with a long history. We look forward to exploring today before heading for Bulgaria tonight.

One thought on “Border guards, police escorts and corn fields”

Please donate to our super charity by clicking the image

“The Mongol Rally thunders 10,000 miles across the mountains, desert and steppe of Europe and Asia each summer. There’s no backup, no support and no set route; just you, your fellow adventurists and a tiny car you bought from a scrapyard for £11.50”

Get ready to rumble!